Legendary designer Timo Sarpaneva’s successful partnership with Iittala spanned nearly 55 years. The artist collaborated closely with the glassmasters at the Iittala Glass Factory to bring his vivid sketch designs to life. The team pushed boundaries together, pioneering new techniques. Sarpaneva described the famous Blues vase as a soft “round square.” An icon of modern Scandinavian design. Coloured and opal glass is combined to create the vibrant watercolour feel of the Iittala vase. The mouthblown Blues vase in rain and opal brings modern artistic elegance to any interior. The stunning glass vase is a perfect gift idea. 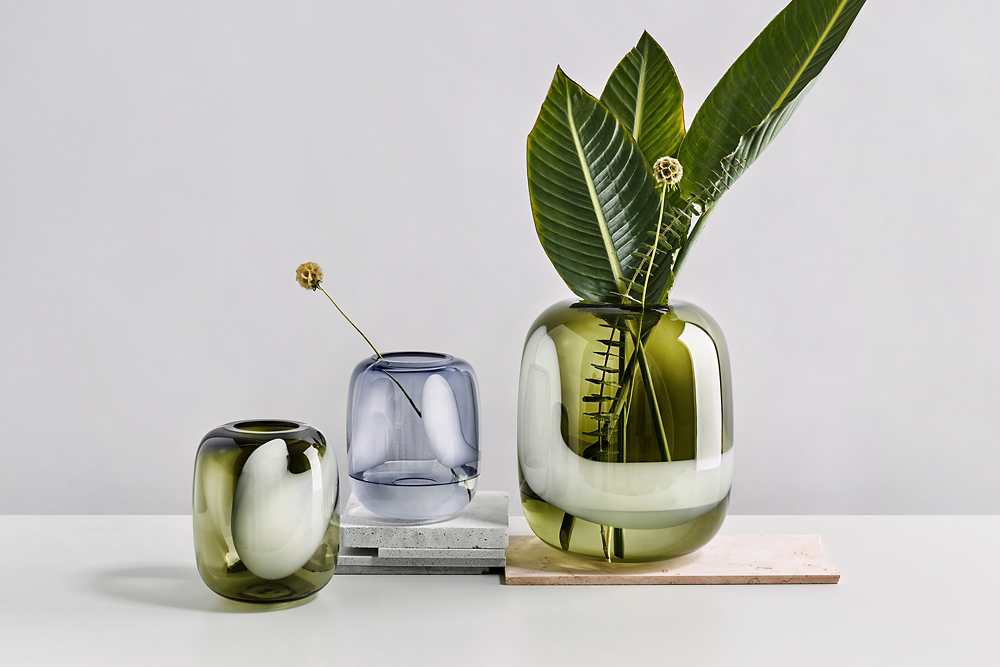