Legendary designer Timo Sarpaneva’s clean, functional Sarpaneva casserole represents the ultimate in modern Scandinavian design. While the cast iron material and detachable wooden handle draw their inspiration from ancient Finnish folklore, recalling shelter from the forest and cooking over a fire. The Sarpaneva’s iconic design status was commemorated in 1998 with a Finnish postage stamp. The heavy iron ensures slow, even cooking both on the stove and in the oven. Enamel surface guarantees easy cleaning and that no flavours stick to the pot. The ingenious curved wooden handle lets one lift the entire pot to the table or only the lid without burning one’s fingers. Makes a truly thoughtful gift. 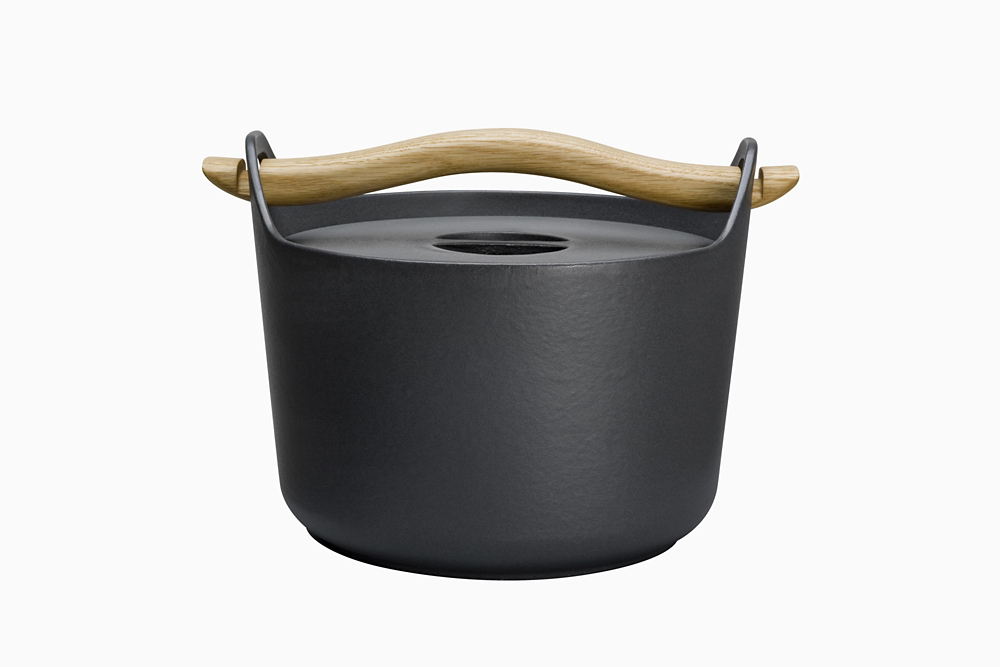