Tapio Wirkkala was a multi-talented design genius. His vast portfolio spans from furniture, product design to creating banknotes for Finnish treasury. But glass held a special significance for Wirkkala. He made his international breakthrough as a glass designer when he received three gold medals at the Milan Triennale. Wirkkala’s glass art is displayed throughout the world including New York’s Museum of Modern Art and Victoria & Albert Museum in London. Versatile and functional, the mouthblown 2pc Tapio white wine set features the designer’s unique ‘stick blowing’ technique. The stunning silhouette is showcased by a single air bubble suspended in the stem. A striking detail on any table. Hand wash. 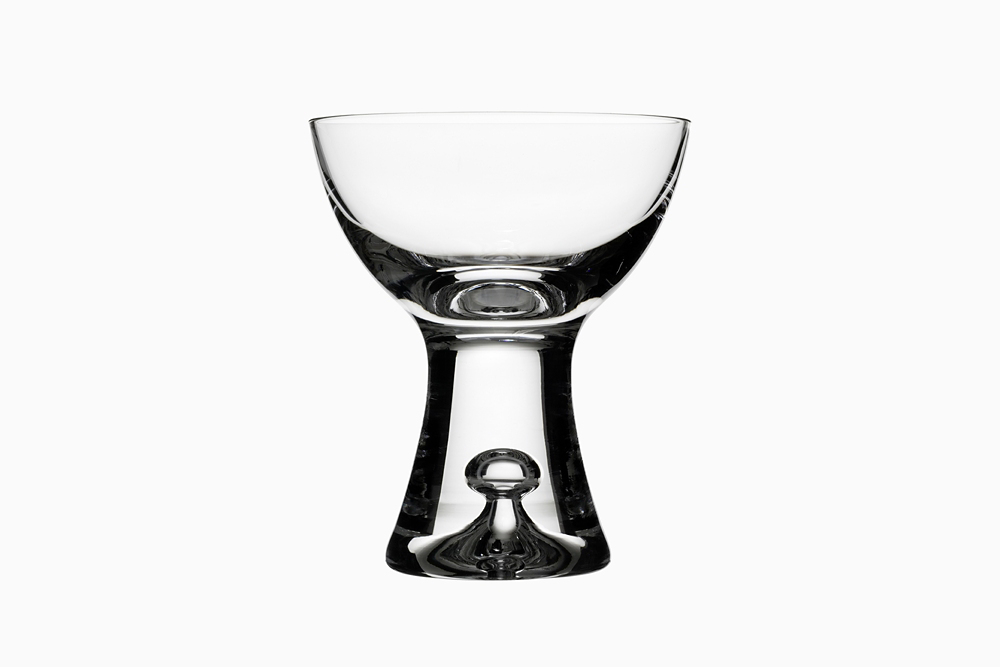 Tapio Wirkkala is considered synonymous with modern Finnish design. He excelled in the art of glassmaking, introducing the now widely used ‘stick blowing’ method, making a bubble with a wet wood stick in 1953. Tapio glasses were designed for the 1954 Milan Triennial with the series staying in continuous production for longer than any other Finnish glasses. Versatile and functional, Tapio glasses are an excellent addition to any home.