Tuomas Markunpoika is a self-proclaimed normal person. From a teenager who was more interested in drinking beer than delving into the world of Alvar Aalto, he has grown into a seasoned and boundary-pushing designer who has been working in Amsterdam since his graduation from the prestigious Design Academy Eindhoven. However, he has no aspirations to join the glitzy gallery of shiny design idols – quite the opposite.

Did your childhood home steer you towards design?
I grew up in a very standard Finnish household and my childhood was almost hyper-normal. My family had no ties to design, arts or music. It’s not like anyone stifled or denied artistic inclinations, but my parents hadn’t really ever been in touch with the arts, so I wasn’t brought up in a particularly cultural household. I didn’t have much interest in design personally, either. To be quite honest, I’ve always been quite normal. Growing up, I went through all of the obligatory team sports and did what young kids always do – I played floorball and football and drove around on my moped. It never crossed my mind that I could and would become a designer. I’ve had to grow into the role of a designer through multiple schools and stints as a paperboy and a backpacker.

‘Immaterial – studies about glass and light’ is an exhibition that showcases the process of harnessing a material to serve an immaterial outcome. By studying the optical qualities of Iittala’s glass, the designers and glass blowers created countless iterations and experiments to find the right shapes, forms and sizes in order to reach the desired visual outcome. The exhibition is in the Iittala & Arabia Design Centre from 30.11.2017 – 4.2.2018 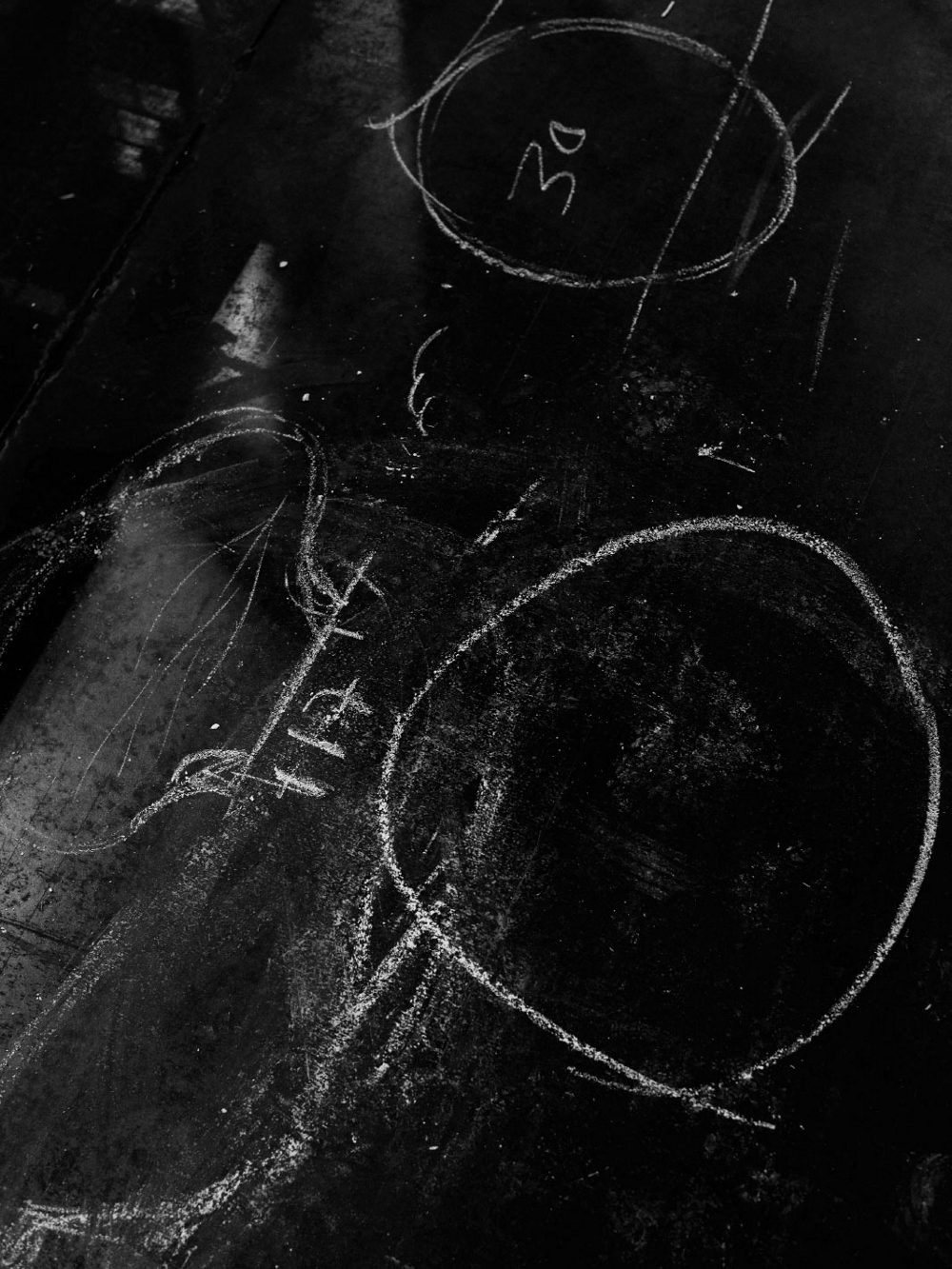 When and how did you realise you wanted to be a designer?
It didn’t hit me like a lightning bolt. I actually had no idea what I wanted to be when I was young. When I was a teenager, I was interested in the things every teenager is interested in: drinking beer and partying. I didn’t have huge plans and visions for my future. Despite that, I remember always having a fascination towards doing and fixing things with my own hands. For as long as I remember, I’ve loved building things and although I never had hobbies that were related to design or crafts, I remember loving the process and losing myself in it even as a child. When I was a child I realised that I spent way more time on my handiworks than anyone else. My pieces weren’t necessarily the best ones, but I spent the most time on them. What others thought was a waste of time, I thought was important.
What objects do you hold dearest?
Oddly enough, despite my profession, I’ve never had any interest in owning objects. I’ve also never been that interested in collecting famous designers’ pieces. It’s not that I don’t respect or admire them, I’ve just never felt the need to own cult design. I have very little furniture in my own home and the little I have is made by me. It actually feels a bit alien to own furniture – I’ve moved around a lot and a home that fits in a couple of suitcases is my ideal. Furthermore, I don’t like to fill spaces with things. To me, an empty space is beautiful. When I finally buy an object, it’s like making a pact with it – a pact to keep it forever. I only want to own things that last a lifetime.

The most interesting object I own is a fertility doll from West Africa that I bought from a gallery in Tel Aviv that specialises in African art. It has an exceptional story to it. Fertility dolls are used by women who are having trouble conceiving. They visit a famous local healer, who crafts a doll that resembles a child and then carry the wooden doll around like a child to fool the fertility gods to gift them with a real child. The one I own has visibly been used for this purpose, and its history makes it remarkable.

488.00 €
Iittala art
What is your process with your work? Where do you get your ideas from?
Ideas can come from anywhere and I can’t really distinguish a particular source. If you’re seeking something, you’ll most likely find it. When you have a problem that’s running through your mind and you want to solve it, you naturally start looking for solutions. Every problem has a solution. When I’m working on a project, I often look for answers in settings outside of the world of design, like in public spaces I travel through.
From time to time, I bump into things that are unintentionally interesting. Sometimes visual cues can come from perfectly coincidental things. For instance, I might get inspired by a stack of trash that somebody has propped up against a building. Then again, this is quite a romanticised view of the reality of a designer. A lot of my time is spent drawing and prototyping – trying to find something worthwhile.
To the untrained eye, your designs can look quite progressive – do you see yourself as a progressive designer?
I don’t think I’m progressive at all. A lot of the people I know are a lot more avant-garde than me. As a designer, I’m very traditional. I make an object and I sell it, thus following a very traditional economic pattern. My visual language, however, is something I try to own in every way.
There are two sides to me. On one hand, I am an industrial designer inspired by marchinh-made form language, but on the other, I picked up tendencies to think conceptually and metaphysically and work in a more handicrafts way when I studied at Design Academy Eindhoven. There are two worlds in me that are visually very different. I try to work in between them and when I look at my pieces, I can see a fusion of the two visual languages.

What is the role of design and designers in today’s world?
I don’t see how designers necessarily have a role in saving the world. After all, some designer out there is designing all the tanks and nuclear missiles. In a way, I don’t think design has much to do with beauty or aesthetics and even extremely good design can be used for something ugly. Ultimately, design as a whole is not merely about creating beautiful objects or making people’s lives easier.

When I was working on Engineering Temporality, the series that drew inspiration from my grandmother’s advancing Alzheimer’s disease, I was keen on creating something with a story. I wanted my pieces to embody ideals of caring for one another. It felt true at that time – I was channelling my genuine emotions and motives into my work. However, people change. With time, our interests, opinions and values change, too, and I don’t think it’s a bad thing. I might do a project with a very nihilistic theme today and then in a couple of years find myself on a Greenpeace boat as an activist. Who knows?
What do you hope you will be remembered for?
I’d like to be remembered for my designs – but not in the way iconic designers are usually remembered. Legendary designers are often presented as if they were mythical creatures, faces without stories or opinions, presented from behind the objects, high up on a podium. To be frank, I find it hard to be like that. I have too hard of a time shutting up to be a shining idol. In all honesty, I wouldn’t want to be remembered only for the things I design, like a statist in a movie. I want to be remembered as a person in my entirety – all flesh, blood and uncensored opinions.

Other studies in glass mastery 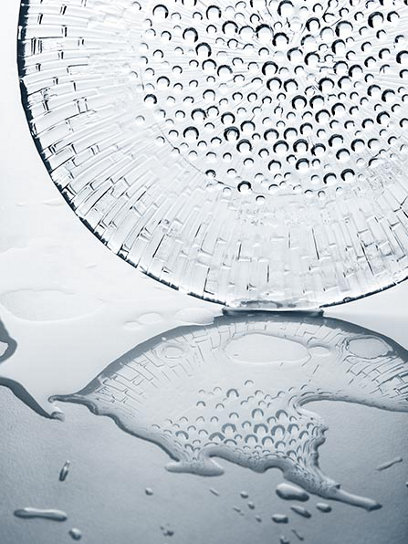 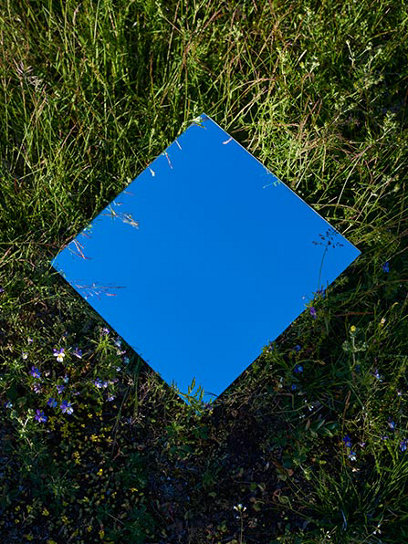 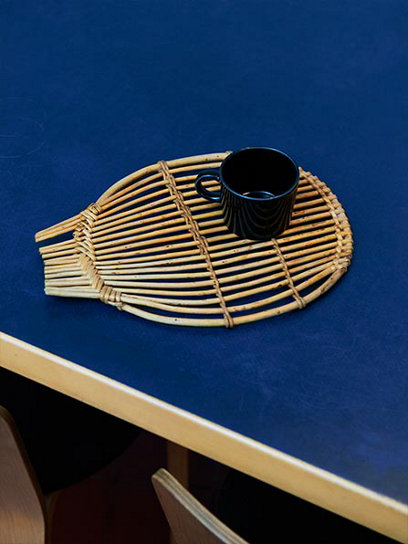 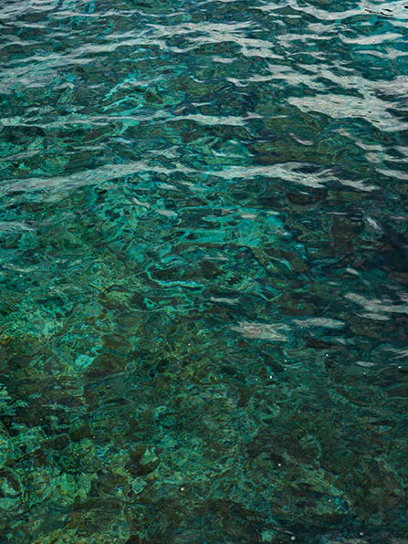