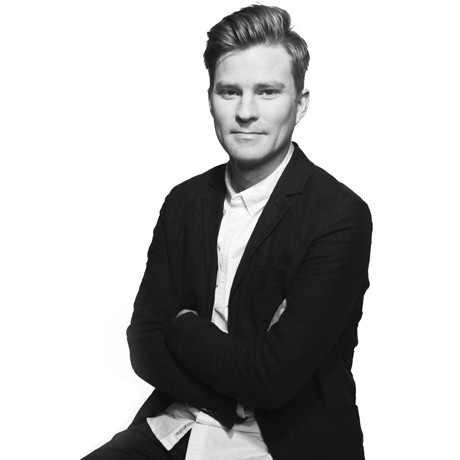 Magnus Pettersen (b.1982) is a Norwegian designer based in London. Pettersen set up his own design studio in 2011, focusing on furniture, lighting and home accessories, as well as working on more traditional product design. Pettersen´s work reflects his Norwegian heritage by being functional and utilitarian, but without taking on a stereotypical Scandinavian style. It often has an industrial feel to it which is softened by mixing in natural materials and warmer colors. Pettersen has created products for Areaware and collaborated on several private projects. His Leimu table for Iittala exemplifies his design philosophy by combining a sturdy concrete base with a delicate glass lampshade.