Legend Tapio Wirkkala’s world famous glass designs were inspired by the raw beauty of his native Finland. Determined to recreate a beloved ice-covered Finnish island, Wirkkala spent nearly a thousand hours with the glassblowers at the Iittala Glass Factory, defying the rules of glassblowing. Ultima Thule’s groundbreaking design features a rounded base supported by three ice peaks that float above the surface, allowing one to bring a slice of Nordic nature to any interior. A dynamic mix of art and function, the classic Finnish glassware cemented its iconic status when Finnair began using it in first class. The Ultima Thule cordial is perfect for after dinner liquors. A stunning gift. 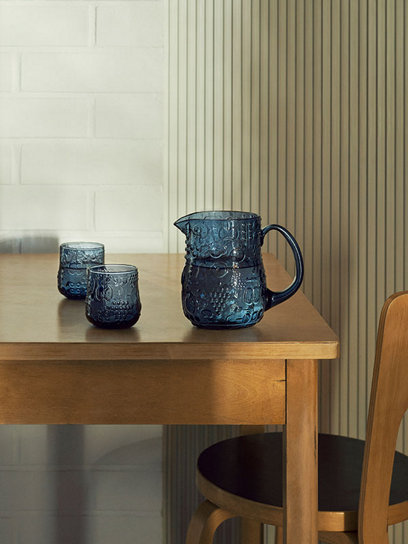