The spontaneity of glass, its vibrant range of colours, the speed at which glass-blowers must perform—all of these are the perfect ingredients for the work of designer-artist Toikka. Oiva Toikka (1931-2019) is often described as one of the great figures of Finnish glass. His oeuvre constitutes both a great contradiction of and rich addition to mainstream Nordic design.

“The collaboration with the glass-blower is the beginning of everything,” says Oiva Toikka, the celebrated designer and glass artist best known for his vivid creations for Finland’s Iittala/Nuutajärvi glass factory. “It is only when I see the craftsman I’ll be working with in the morning that I make up my mind about the day’s experiments,” Toikka continues. “Our work is to make the most of his talent, together.” Toikka goes on to explain that his glass works can’t be based on drawings or a precise brief.

Rather, he says, “The object is as good as the conversation with the blower during the glassmaking process.” Of course, Toikka’s many years of experience, keen eye and gentle obstinacy also help. And, he adds with a little smile: “I never really liked doing technical drawings, anyway.” 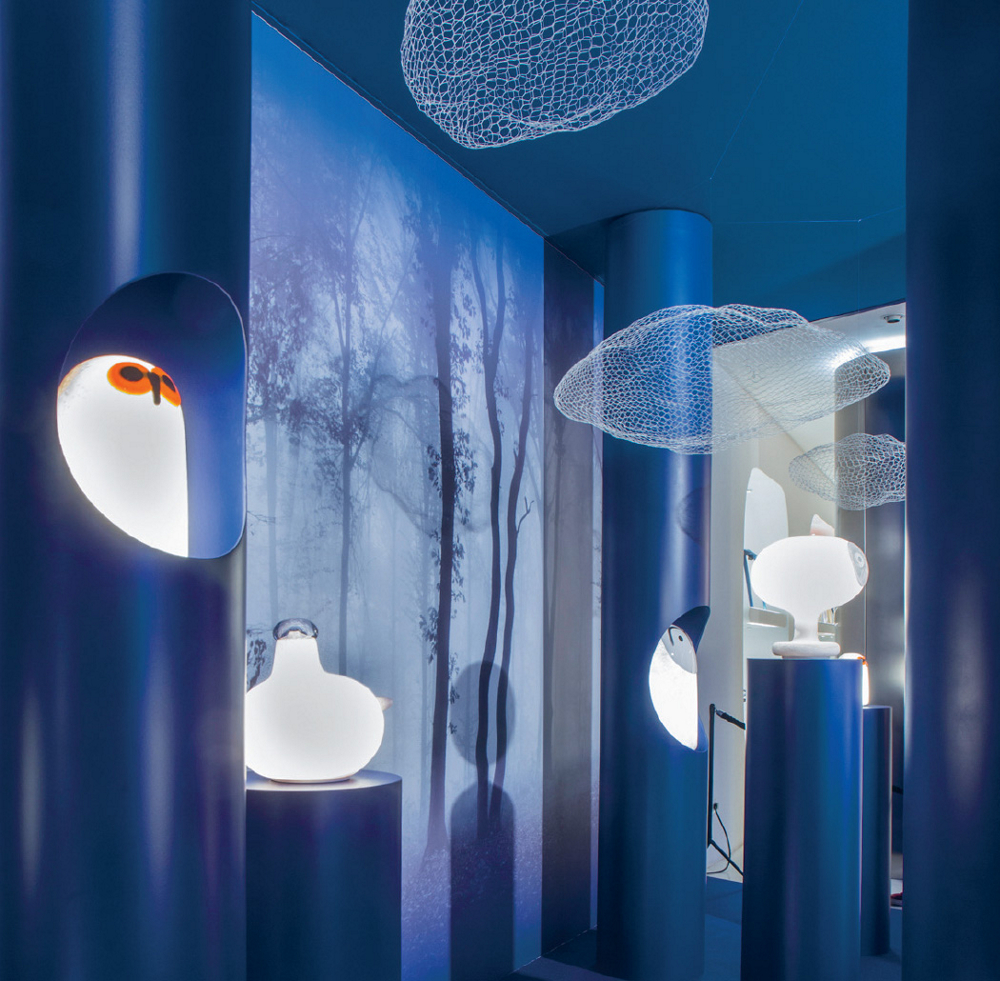 As early as the 1950s, Toikka radically distanced himself from the cool clarity and post-war restraints of Finnish glass—something that had come to be defined by the works of Saara Hopea, Harry Moilanen, and purist Kaj Franck. Franck, in particular, triggered Toikka’s inner rebel. As Toikka likes to remember, over the course of his first years under his direction at the Nuutajärvi factory, Franck “advised me to stick to transparent glass to start with. There was going to be enough time to get into colours later. This was a very healthy attitude. At the time, Kaj’s ideas were like God’s commandments to me. But when I was young I wanted to learn for myself. Yes, Kaj triggered the rebel in me. We debated a lot.”

Since his early years as a young designer, Toikka’s work has been described as a protest against the virtue of functional design. His use of free-blown or trailed glass was unconventional from the beginning. Later he started to add colour—a lot of colour—to transparent glass.

He commented on pop culture with his Pompom (1968) and Lollipop (1969) series, and illustrated history’s great political changes, like the fall of the Berlin Wall with Cow and Boy (1989). He was also decoratively adventurous with his tableware design: he referenced flora and fauna for decorative embellishments (Flora, 1966; Fauna, 1970); laid out chains of morning dewdrops into pressed glass (Kastehelmi, 1964); and played with organic shapes and techniques that included the practice of pouring molten glass in a puddle directly onto the hot shop’s floor. “The 1950s were so elegant, and what I did was such tasteless work,” Toikka says, half-jokingly. “But I just followed my own pace. It wasn’t a protest. In Swedish mönster means ‘pattern’ but monster is ‘monster’. If your mönster was too colourful, you were immediately accused of having created a monster.” Toikka was never afraid of mönsters—or monsters, for that matter. Uniquely, he has always accepted the surprises and serendipitous moments of organic glass work.

Get to know Toikka's flock of birds

See all Birds by Toikka

He’s been called an anarchic artist-designer, a renegade, a creator of neo-baroque with no respect for convention, but Toikka is, first and foremost, a master storyteller. Boldly impulsive and deeply emotional, he creates fairy-tale-like, sometimes naïve designs that are whimsical, funny, extravagant and playful at the same time. Or, as a critic pointed out after one of Toikka’s first exhibitions in 1958, work that seems to dance, run and fly.

Movement—running, dancing, flying—is one of the outstanding characteristics that runs throughout the artist’s most famous series, Birds by Toikka. Often inspired by real-life animals, but sometimes drawn from the imagination, the Birds collection includes specimens from a whole flock of avian species: there are glass pigeons, ducks, owls, pheasants, tits and finches, to name just a few. Each bird has a strong character and bears some human-like traces. Individually mouth-blown, with masterfully crafted feathering, each bird is unique, and so characterful that many collectors have developed personal relationships with these little glass creatures living in their homes. Such strong bonds are surely one reason why the Birds count among Iittala and Toikka’s best-known works. The collection first took flight in 1972, with his Flycatcher design. These first birds varied in colour from series to series, depending on what colour glass was available at the time. As the Birds gained in popularity, the glass-blowers’ skills and Toikka’s ambitions for the series grew. Today, after more than forty prolific years, the designer has created over four hundred of these decorative figurines. Collecting Toikka birds has become an international pursuit, with glass bird collectors tracking down rarities and discussing sightings with an enthusiasm to match that of their counterparts in the real ornithological world. 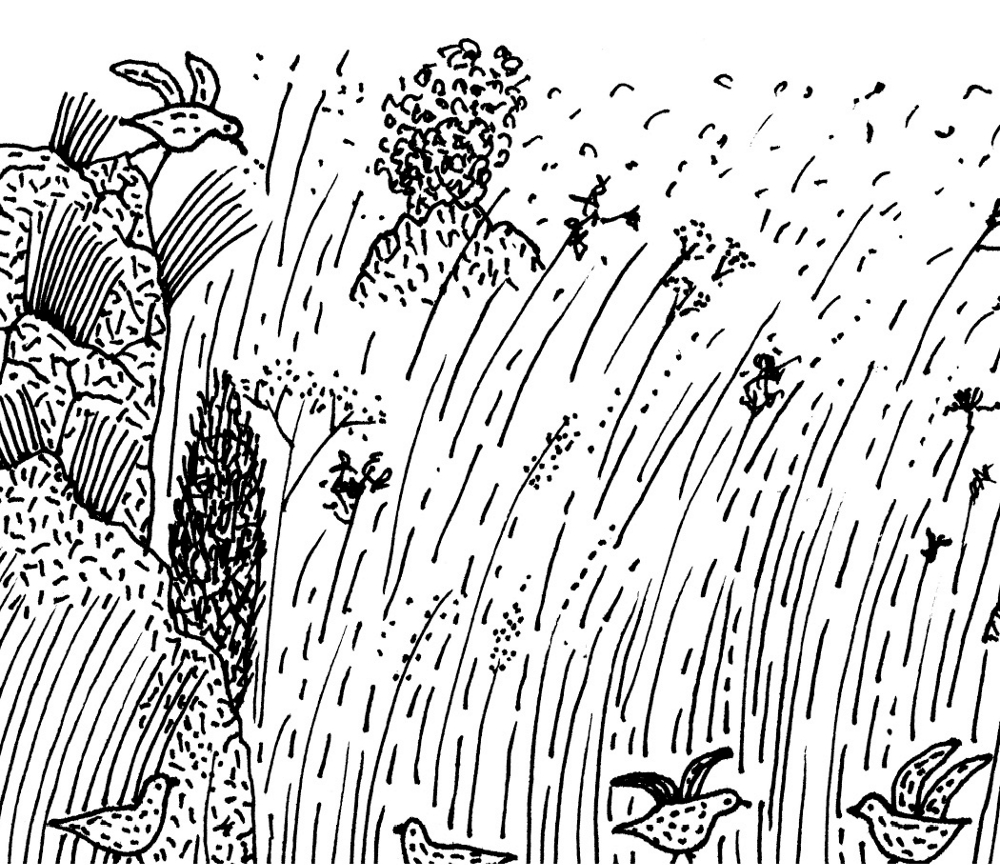 The Birds have now landed in the renowned Italian design house, Magis. Toikka had long enjoyed a good relationship with Magis when the house took on a project involving his Birds series, according to the company’s founder and president, Eugenio Perazza: “Our collaboration with Oiva has been an ongoing discussion.” In 2009, the partnership led to two designs for children—the Paradise Tree coat stand and Dodo, a rocking stool in the form of a bird. Eventually, Perazza began to wonder “Why not reinterpret some of Toikka’s glass masterpieces and create a small collection of birds that are also whimsical light objects?”
The idea originated from research Magis had been pursuing into new materials: “Looking into new materials for use in rotation moulding, we stumbled upon polycarbonate,” explains Enrico Perin, Magis’ head of development. “We quickly realised that hardly any manufacturers in Italy apply this combination.” This was surprising, given just how remarkable—and brilliantly coloured—polycarbonate materials are. In fact, polycarbonate is so versatile that a transparent sheet can be layered onto a second opaque sheet. Adding differently-coloured granulates endows this surface with new patterns and shades that are unique to each object. “With polycarbonate, you can create an effect that is very similar to the rich finishing so typical of blown glass,” says Perazza. He goes on to recount the moment three years ago when he first realised that this new method of handling a transparent plastic material could be the beginning of a new product: by replacing traditional glass with plastic, Magis could give new life to an existing collection of glass objects. Of course, he immediately thought of the famous Birds.
Oiva Toikka was excited about the idea, and Iittala, too, was soon convinced of the plan’s charm. Together, they agreed that it was a good idea to illuminate the familiar glass sculptures. Next, they selected five of the collection’s most iconic birds. Now, Sulo, Siiri, Kirassi and Palturi are the first members of a new collaborative project, Magis & Iittala & Oiva Toikka.

Called Linnut (the Finnish word for birds), these five birds can now light up our homes. Designed without a cable, thanks to a state-of-the-art lighting mechanism, the Linnut light objects are movable: they can be carried out to the terrace to light up a late summer dinner, or placed in a child’s room to give off a friendly glow during the night. Or, you might stand a Linnut right in the entryway, just past the front door—a friendly night owl, to welcome you home. With Linnut, Magis has brought a bit of Nordic living and Finnish style to Italy, and the world.

Nordic living has come to exemplify cosiness—embodying the art of slowing down and appreciating the moment, the feeling of being at home. “Finnish design is about materiality, too,” adds Toikka, reminding us that design always starts with the material itself. “What you make out of it comes from your imagination.” The possibilities are endless—but the result just might be a curious pigeon, a cheeky chick, an idle duck or a quirky owl.

Oiva Toikka has often been asked about his fascination with birds, and he always answers that he finds their fluid forms ideally suited to being represented in glass. He adds: “Some other typologies have been tested, like trees or mushrooms. Maybe there are people who get excited by a fish sculpture. But a wood grouse is still the best gift for a guy from the Finnish woods.”

The Iittala X Magis Linnut collection will be available in August 2019 through selected stores and on iittala.com. 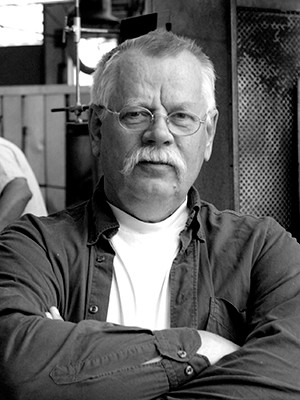 Toikka has gained a solid international reputation throughout his prolific career, which dates back to the 1950s, having worked with well-known designers and artists both in Finland and abroad. 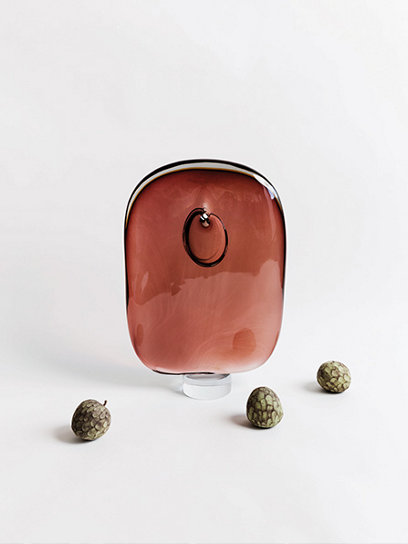 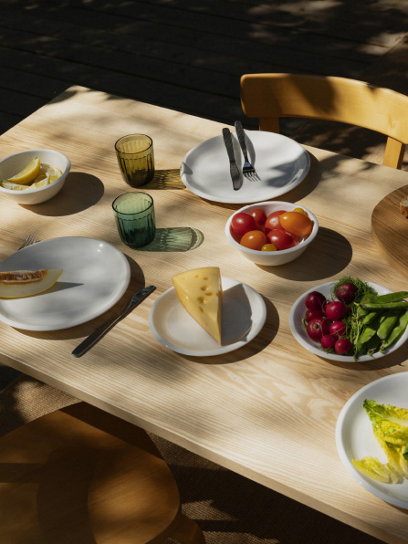 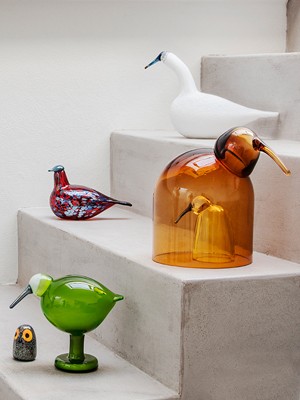