A scrap piece of paper with “Linda Linko” hurriedly penned across it marks the worn down, wooden door. This is where the renowned illustrator and graphic designer Linda Linko fills her days with luminous colours and hand-drawn shapes. We meet her to discuss balance, design and the beauty of waiting for the waves to pass. 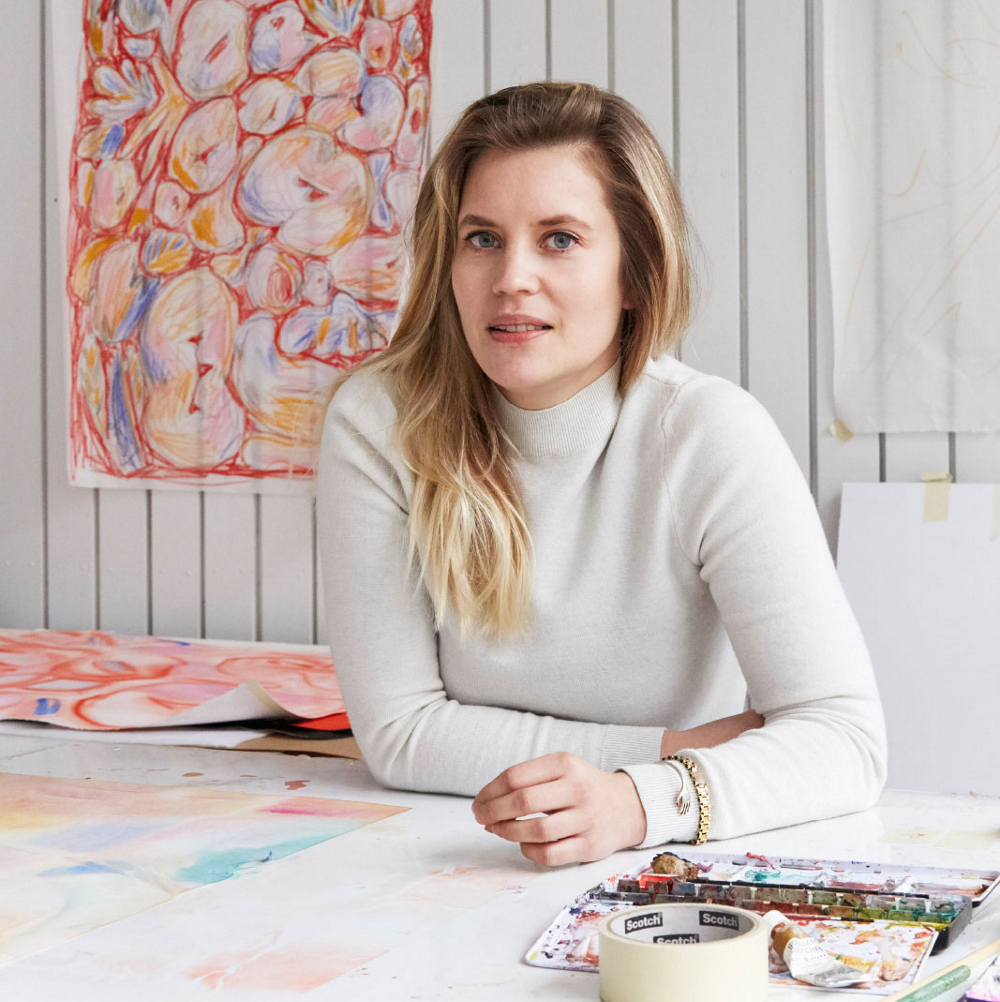 Helsinki is a capital city with small town benefits – everything works, the streets smell nice and there’s no rubbish anywhere. In New York or Paris you always feel like when you enter an upscale restaurant they look at you from top to toe and guide you to sit in the furthest nook of the place, but in Helsinki, I’ve never been treated this way. I live in central Helsinki, and one day I went for an evening walk wearing a dirty t-shirt and sweatpants. At the end of my walk, I ended up at the fanciest department store in Helsinki. There I was flicking through beautiful clothes in my dirty and slobby outfit. It would’ve never happened in Paris or New York! In Helsinki, we’re all allowed to be a little weird. Kind of like in Berlin – in Berlin you might cross paths with someone wearing a fanny pack and a neon ski suit, just like in Finland.
I’ve always lived very central and taken walks by the sea. I love the docklands and I’m lucky to have the opportunity to work here now. When I moved to Helsinki, I didn’t know this place existed, but I quickly found my way here. I’d often sit by the dock where they build the huge cruise ships that sail from here, watching as they tugged ready-made cabins around with a small car. When the ship was ready, I heard it ring its foghorns – that’s when I knew it was about to leave. Nowadays I come walk by the sea with my son in a pram early in the morning before the rest of the city is awake. I love the sea – it somehow always makes me feel safe. The sea is a little like the forest – it reflects the changing seasons and has moods of its own.

I don’t agree with people who say that Finland is an uncreative country run by dull engineers. Creativity is more than just painting flowers. For instance, Nokia fostered incredibly creative innovations and we’ve invented plenty of groundbreaking things in Finland, ranging from medicine to technology, shipbuilding and illustration. We even invented the text message. Often, when we talk about design, we talk about chairs or dinnerware. At its core, Finnish design is all about problem-solving – how to make the perfect joint for a chair for example. We are experts in beautiful mass production. We sell design in supermarkets here and I think it’s an amazing thing. We don’t live in a perfect design utopia, though. I would love to romanticise it and say that everyone can own design here, but that’s not the case right now. I wish that Finnish design would go back to its roots and become available to everyone again. I love the idea that good design – for example, Iittala mugs – is sold in supermarkets around the country and that anyone can buy a piece of it. Finnish design is meant to enhance the everyday lives of each and every one of us.

I’m a hermit at heart. I can spend days on end by myself in my studio, not talking to anyone. I get confused and am unable to focus if there’s too much going on around me. In my previous life, I used to work like a madwoman and then pause everything for a month to go travelling on the other side of the world. I used to spend my winters on the road, and now that I can’t do that I have to look within to find what I used to find from my travels. I’ve spent a lot of time in Central America, everywhere from Guatemala to Panama. I don’t know what exactly drew me there originally. I suppose I was trying to find out who I really am. Back then, I didn’t feel at home anywhere, but I found peace from Costa Rica. I have a short temper and am quite impatient, so it was a surprise when I connected with Costa Rica’s slow pace. My days were simple and beautiful: I surfed, had breakfast, then surfed again. I fell in love with the balance. I also fell in love with surfing. I was 29 when I first tried it – I thought I could never learn it, but then all of a sudden I did. When you get wiped out and a wave washes over you, you get squashed by the weight of the water. You end up underwater, like in a washing machine, not knowing which way is up. When it happened to me for the first time, I was hit by a deep sense of panic – but the more often it happened, the better I learned to relax and just wait for the waves to pass. About the Right Path

I’ve always drawn, but I’ve come back to it through a detour by the way of a stint of working in creative agencies. The biggest battle with finding my own path was fought inside my head. After art school, most of my friends became graphic designers, illustrators and art directors. At first, I tried to do something that my friends would think of as acceptable. Once I got rid of the need to please, my style became sharper. I’ve always had the necessary building blocks and a strong notion of my own style. But for a long time, I wasn’t brave or mature enough to pursue what felt the most like me.
I love the freedom that my position between art and illustration grants me. When I worked for agencies, I got thoroughly tired of computers. A scanner made me incredibly anxious. Now that I have more freedom, I’m a better, nicer person. Graphic design, what I used to do, is all about making things logical and neat – and I can see the beauty in graphic design, too. For instance, I sometimes magnify a piece of typography and look closely at the details: the curves, ebbs and flows of every letter. I have very particular opinions on what an r-letter’s curves should look like.
I see a lot of my personal history in my work. For example, when a friend of mine died five years ago, I got enthralled by colour. Before that, I had only worked in black and white and thought I didn’t really understand colour. After my son’s birth, I’ve started working abstract imagery that features him into my pieces. There’s so much beauty in a little child, a shiny new person. I marvel at my two-year-old son’s bright eyes and small teeth – they are the funniest teeth in the world, like small biscuits in his mouth. Sometimes when he’s just minding his own business, I’ll stop to look at him and think “Wow, did I really make that?” Now is the time to make things happen. Finland turns a hundred years this year and it’s a big step. It’s interesting to keep an eye on the situation and see where we will all eventually end up. I try to be apolitical, but I’m interested in lots of controversial matters – for example how women are portrayed in illustrations. I think illustrators, graphic designers, creatives and advertising professionals have a duty to renew their imagery and glossaries to be more inclusive. I’m also really interested in the rise of infographics. There are so many possibilities to explore there. People are tired of trying to navigate different opinions and confusing information – it’s difficult. We need to make people think communally and positively and we need to find ways to build and maintain a positive atmosphere. It would be so much easier to give up to the doom and gloom, but I think the world is in dire need of positivity right now. I don’t know if my goal is to create something beautiful per se, but I think that as long as we have something beautiful, we have something to fight for. Perhaps my flower illustrations are a part of something bigger and more beautiful. Something to defend. 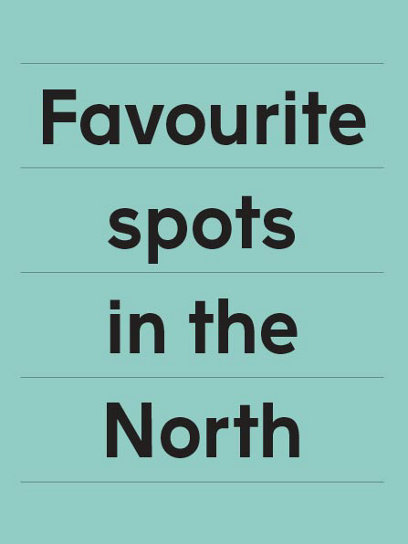 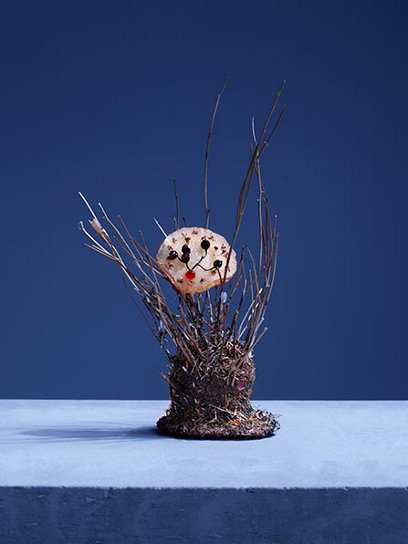 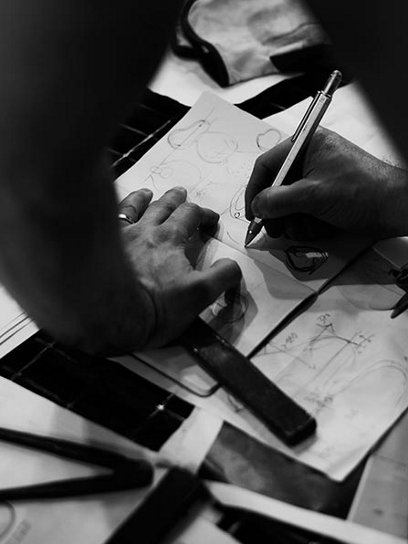