Having spent her working career amidst Finnish design Päivi Jantunen writes about Iittala’s phases within the everyday lives of Finnish people during the past 100 years. Iittala has been both taking national design abroad and bringing international design into Finnish homes.

By the time that Finland received its independence in 1917, Iittala was already in its 36th year of existence. The glass factory had been fully functional in a small county approximately 120 km from Helsinki as early as 1881. Iittala was also responsible for helping to foster Finland’s national identity with its series of glassware showcasing Finnish leaders in the beginning of the twentieth century. Specifically, the Great Men series consisted of drinking glasses featuring embossed images of historically important Finns. The engraver responsible for the iron molds, Alfred Gustafsson, is considered to be Iittala’s very first designer. This particular series was an exception in Iittala’s product portfolio since the designs were primarily copies from central Europe.

As Finland grew up, poised to celebrate its 100th birthday this year, Iittala grew as well. It is now one of the most internationally recognized Finnish brands. A key component to Iittala’s success has been its ability to partner talented designers with its own highly skilled team of glass blowers that still continue to work at the Iittala factory in Iittala, Finland. Many of the innovative designers that Iittala has worked with have been discovered via the company’s design competitions. The highly unique entries have helped enhance the brand’s development as well as changed public perception of the function and design of many everyday household products.
One of the most successful collaborations to come from one of Iittala’s design competitions has been with Aino Aalto. In 1932, the objective of that particular year’s competition was to find new pressed glass models to fit into the smaller kitchens of a rapidly urbanizing Finland. Aalto’s submission then titled Bölgeblick, took home the top prize. The glassware series is still in production today at Iittala under the more fitting name, Aino Aalto.

Some of the very first series are still in production 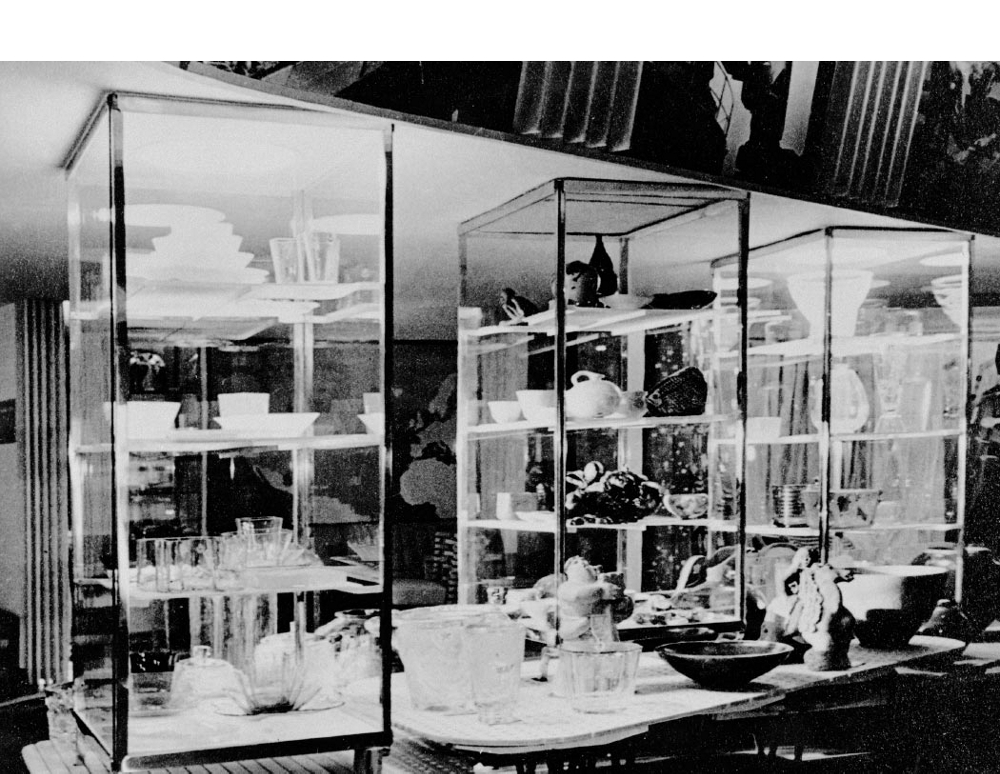 Aino Aalto’s spouse, the legendary designer Alvar Aalto also collaborated successfully with Iittala for many years. He entered the design competition in 1936 when Iittala sought innovative glass objects to showcase at the Finnish Pavillion inside the 1937 Paris World Fair. With the working title of “Eskimo Woman’s Leather Pants,” the now iconic Aalto Vase was born. The vase was not featured as a separate item then but rather as a part of the Alvar and Aino Aalto exhibition which presented new, dynamic ways to decorate one’s interiors.
Despite the praise for its overall design, the Aalto Vase did not have initial commercial appeal. Artek founder, Maire Gullichsen, a longtime patron of Aalto, continued to believe in the Aalto Vase and saved it from discontinuation in the 1960s. However, it wasn’t until the 1980s that it earned the fame it deserved in a wide cross section of the design field and general audiences. By the turn of the new century, the Aalto Vase was universally recognized as one of the most important design pieces of the 1900s. 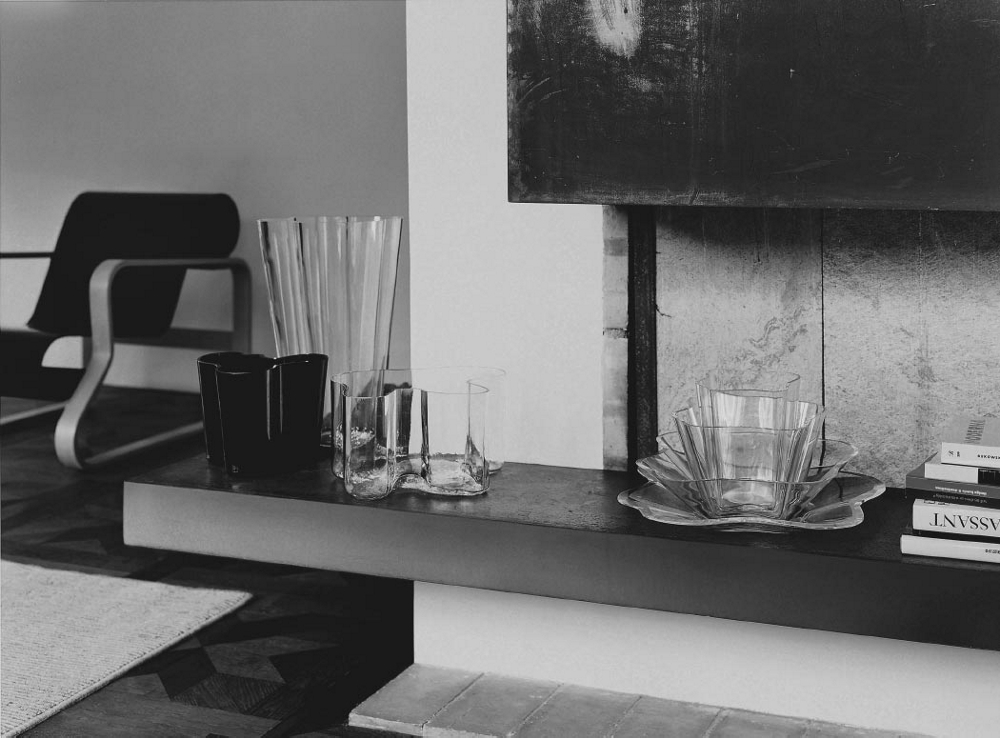 In 1956, Timo Sarpaneva led Iittala into a new frontier with a modern, uniform I Glass collection which was combinable, offered special colours and came in gift packages. The “i” logo was adapted for the entire Iittala brand and continues to be glued onto each and every Iittala product. 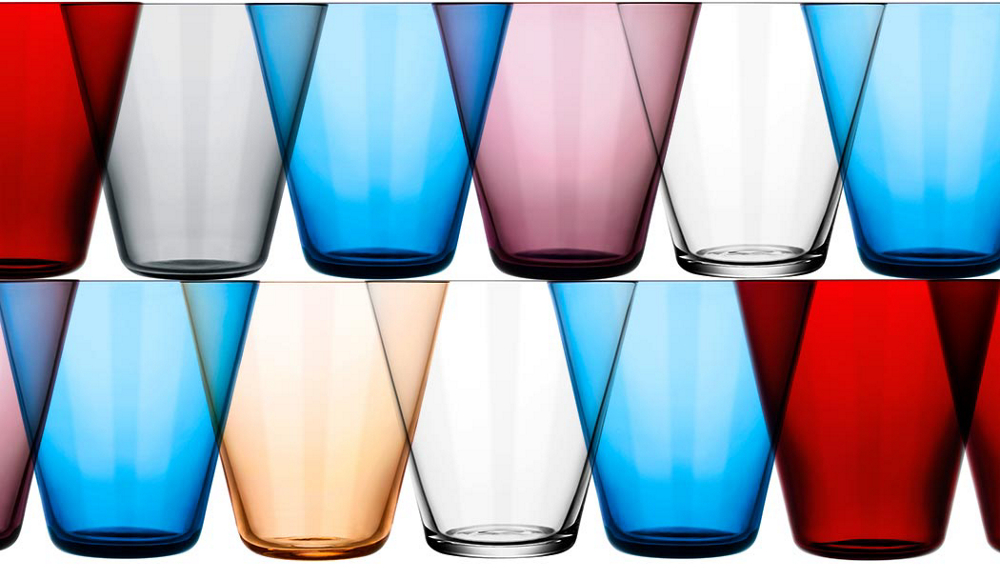 Ultima Thule glassware designed by Tapio Wirkkala has been traveling through the air with passengers since 1969, when Finnair started to fly long distance flights to New York. Image: Finnair

Soon after came Iittala’s breakthrough “ice glass” designs. Tapio Wirkkala’s Ultima Thule series and Timo Sarpaneva’s Festivo candleholders were instant global sensations in the 1960s. In 1972, Iittala’s now legendary Birds by Oiva Toikka series first took flight with the designer’s creation of his small glass “Flycatchers.” Toikka was remarkable for his ability to translate individual art created by craftsmen into international bestsellers. In the 1980s, Heikki Orvola introduced the Kivi tealight holder which is still in production and continues to be a highly collected Iittala series. 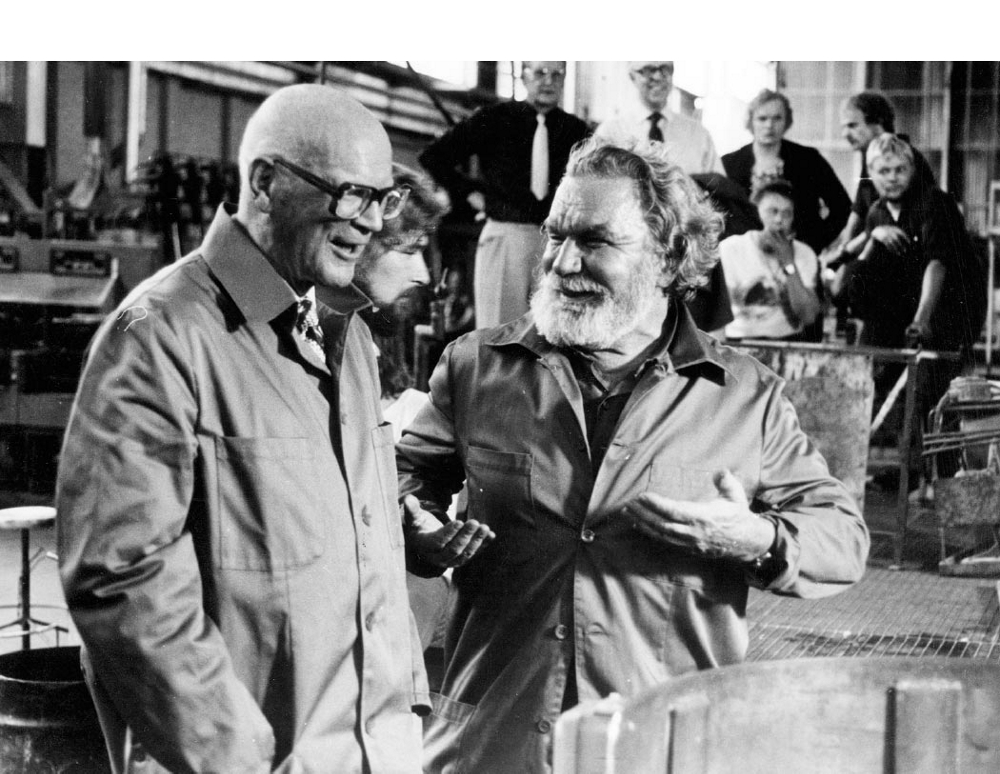 President Urho Kekkonen and Tapio Wirkkala at the Iittala glass factory in 1975.

The strong reputation of the Iittala glassblowers and factory made designers eager to work with Iittala. As a result, Iittala has built long-lasting relationships with designers and artists that have been at the center of Iittala’s global success and worldwide recognition as a pioneering brand. 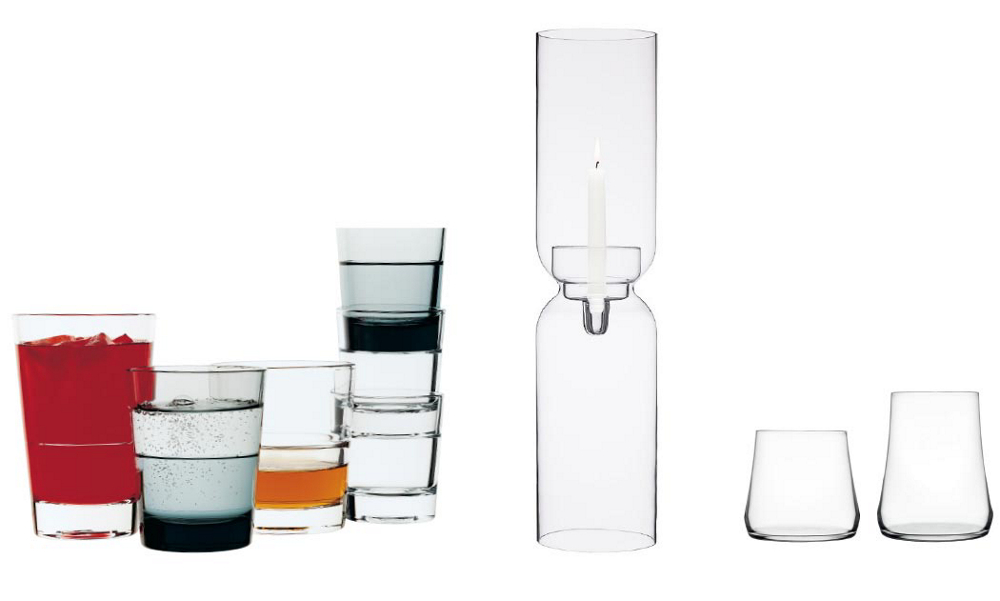 Iittala has been able to continue its successful global expansion in large part to the incredible stable of leading designers it has worked with from all parts of the world. Iittala kicked off this century by collaborating with renowned international designers Marc Newson, Carina Seth-Andersson, Konstantin Grcic and Harri Koskinen to create the striking Relations collection. Iittala continued to expand its international partnerships with its colourful Origo and Taika series as well as the beloved Essence wine glass series. The latest addition to push the boundaries of the Iittala glass blowers was the Ruutu vases designed by brothers Ronan and Erwan Bouroullec. In 2017, Iittala took yet another new step into the international market by introducing Teema Tiimi, a series designed to meet the living and cuisine needs of many Asian cultures. 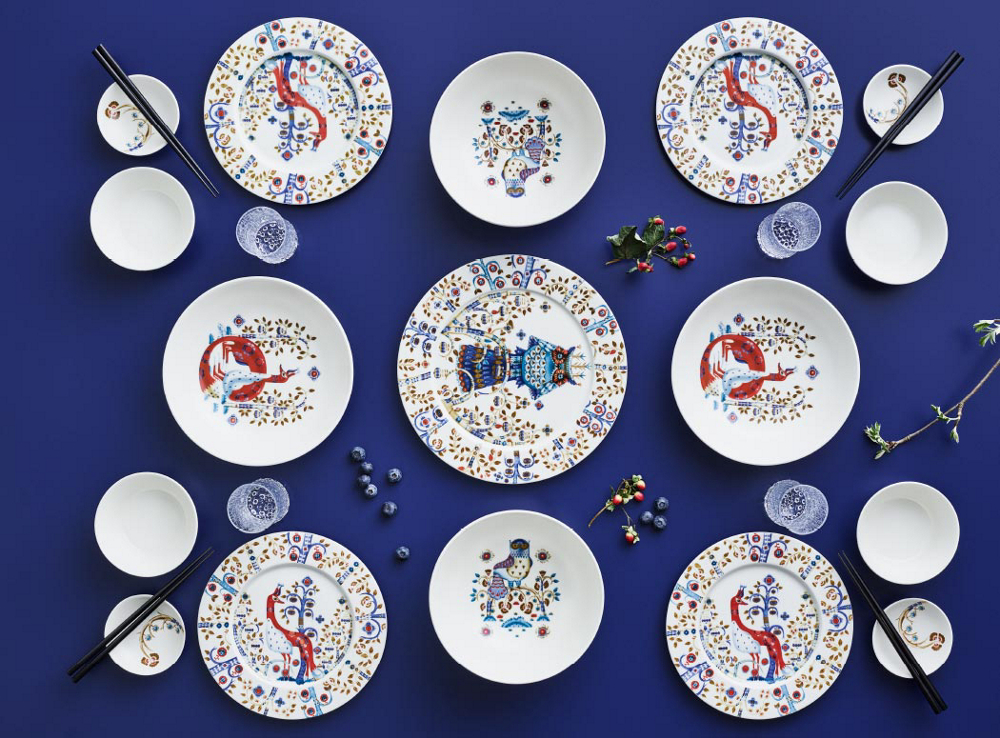 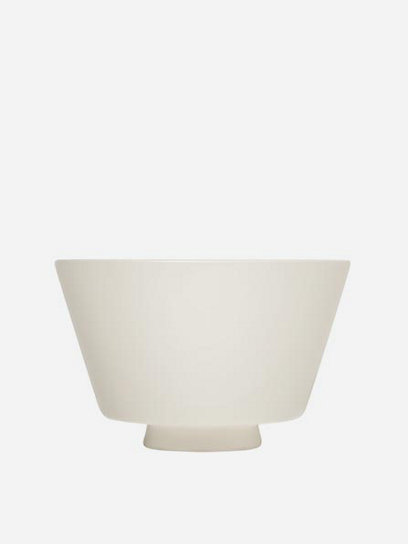 True to Kaj Franck’s timeless philosophy of simplicity and functionality, Teema Tiimi collection is inspired by the original Teema from 1952. The items are specially designed for Asian cuisine and living, and bring an Asian twist to any table setting. 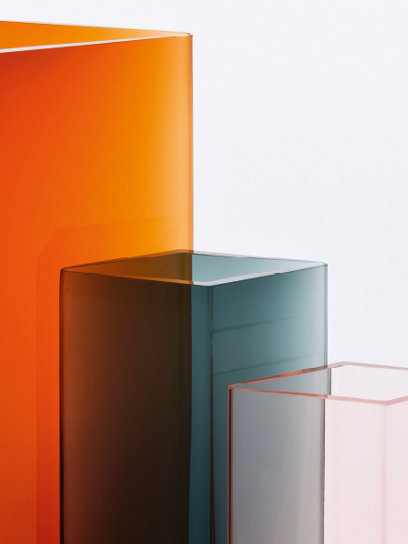 The magic of color

Created by Ronan and Erwan Bouroullec, the Ruutu (which means “diamond” in Finnish) vase might be simple in shape but it takes the most skilled craftsmen in the glass factory to produce. 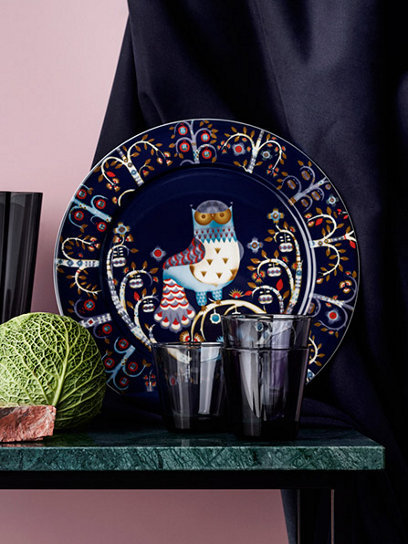 The vibrant designs gradually reveal their details and layers to the viewer. Haapaniemi’s magic was combined with the shapes of the Aika series designed by Orvola. 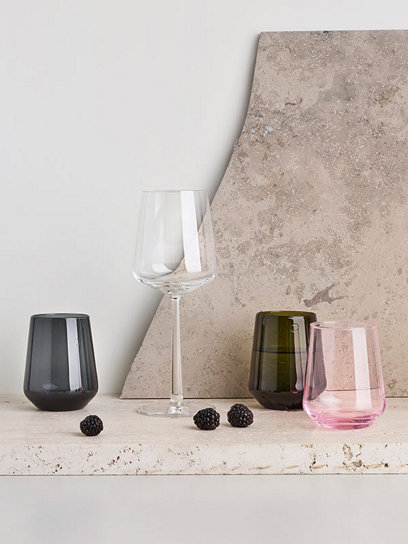 In 2001, Alfredo Häberli designed Essence with the radically simple idea to create a series that had as few glasses as possible while still being able to serve a full range of fine wines.